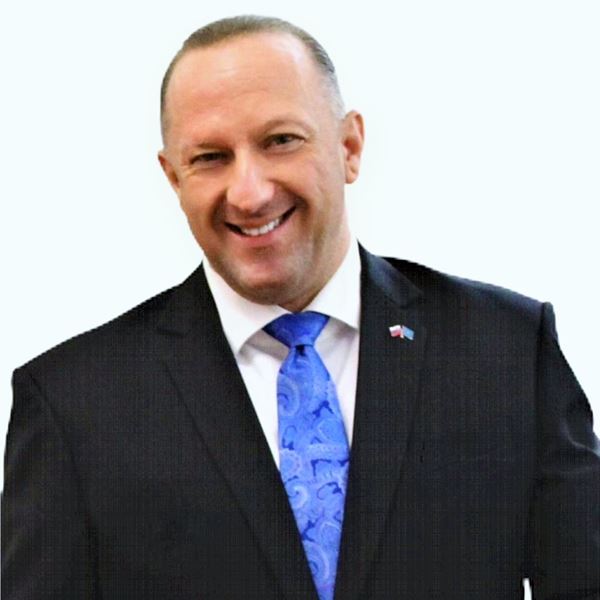 Mr. Dejan Štancer was the initiator and founder of the Kazakh-Slovenian Business Club (KSBC), together with entrepreneurs from Slovenia and Kazakhstan. Mr. Štancer has been a Secretary-General of the KSBC for more than 5 years and currently is a President of the organization.

Immediately after taking over the presidency, Mr. Štancer launched the reform of 'KSBC 2.0', which in just a few years brought KSBC to one of the most developed and largest business clubs in Central and South-Eastern Europe, which in 2019 already included more than 100 legal entities from 16 different countries.

Mr. Štancer has many years of international business experience and rich entrepreneurial experience including as an advisor to European Union and various global entities and renowned business leaders.

In 2020, Mr. Dejan Štancer was appointed as a Chairman of the Global Chamber of Business Leaders (GCBL). The Global Chamber of Business Leaders is a global coalition of CEOs, entrepreneurs, investors, and business leaders at all levels who share a common vision: the sustainable well-being of business leaders, their businesses and the growth of the global economy.

In 2020, Mr. Dejan Štancer was appointed as a Senior Advisor for the largest technology investment project in the Balkans Skopje Technology Park (STP). The STP project is located in Skopje, the capital of North Macedonia, and is fully supported by the Government of the Republic of North Macedonia.

In 2020, Mr. Dejan Štancer also was appointed as the Global Ambassador of the Peaceful Mind Foundation, which is promoting peaceful solutions to conflicts among nations and is specialized in the promotion of mental health.

At the end of 2020, Mr. Dejan Štancer has concluded a partnership agreement with the Foundation of the Indian billionaire Mr. Shiv Khemka. By signing the agreement with The Global Education & Leadership Foundation (tgelf.com), Mr. Štancer became the license holder for the prestigious "Entrepreneurship Sports Generation" business competition for Austria and Slovenia. The total ESG prize pool is over $ 100 million per year.

Since 2010, Mr. Dejan Štancer has been licensed as a lobbyist, which allows him to legally lobby in the Republic of Slovenia and the other EU Member States, as well as at EU institutions and bodies, including the European Parliament and the European Commission. He also is a well-recognized International Advisor to the governments as well as to the industry and business leaders.