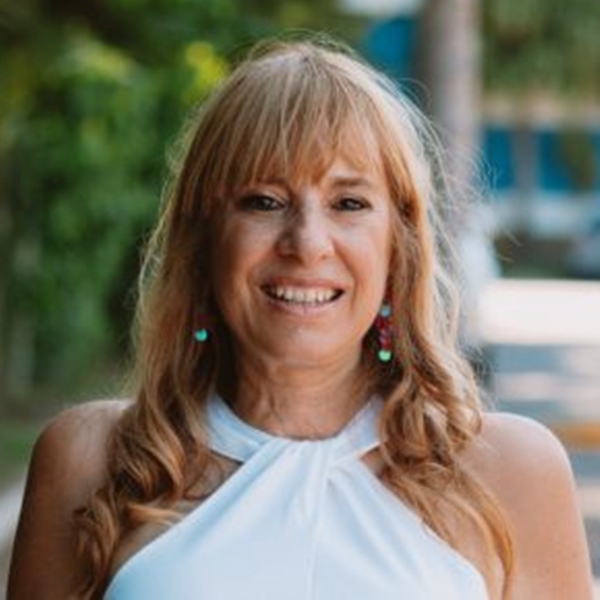 Graciela is an international speaker, coach, writer, and business entrepreneur. She has dedicated her entire career to empower others by creating powerful connections with their passions in order to achieve their goals and build their businesses.

She built a career path as a marketing CEO with a philanthropic view, a standpoint that moved her to create Suma Veritas Foundation for helping women entrepreneurs develop professional skills and start new businesses. Her energy, enthusiasm, and continuous search of innovative ways to encourage women entrepreneurship is contagious for anyone who wants to realize their leadership potential.

To help spread the impact of her work, Graciela has written articles on gender issues, at the same time being a co-author of a book titled “Women in the organizations of Latin America and the Caribbean”, published in Colombia and Argentina. And the author of another book called "Find your passion", seven steps to developing your life project.

She has also donated countless hours of her specialized experience to various organisations acting as a gender advisor of the Advisory Council of the Commission for Gender Equality of the Civil Society of the Argentine Foreign Ministry, an executive at the Coordination of Strategic Planning of the Gender Commission of the Government of the City of Buenos Aires, former vice-president of Parliament of Women in the City of Buenos Aires, being also a founding member of the Network of Latin American & Caribbean Women.

Her permanent concern for the role of women in society was her motivation to produce a radio program with a gender focus called “Bloom Women” to strengthen women's leadership and entrepreneurship and to give them greater visibility.

As a member of various boards in some regional women's organizations such as BPW International, she has helped design programs and events to encourage women to network, learn and associate with others.

She participated as a speaker at conferences worldwide, having been called to speak at the G20 in Argentina and Saudi Arabia on gender issues.

In recent years, she has ventured into the field of diplomacy, integrating as Second Head of Mission of the Southern Cone of the World Parliament for Security & Peace based in Italy, and has recently been appointed Ambassador of Human Rights NOHE – UN.

For her contribution to training, mentoring, and volunteering in her community, she has received several local and international awards.