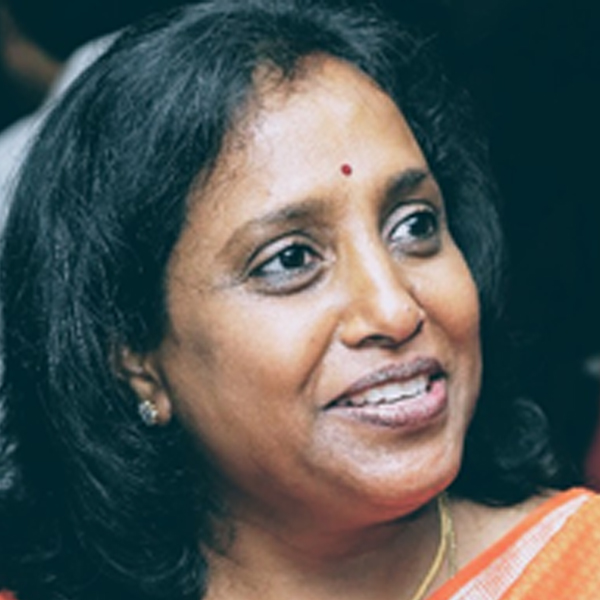 A commerce graduate, who went on to graduate in law from Ousamania University, worked in several organizations holding different responsibilities in finance, marketing and administration.

In the year 2002, when she was 31 years old, got an opportunity to start a paint industry. She got into the manufacturing of decorative industrial and specialised paints, her paint company is called the “Om Sai Andhra Paints” (OSAP), and her paints go by the brand name “Gold Seal” paints (They supply our paints L&T and infrastructure people and OEM also.)

Since 1995, Kavitha Rajesh has been a member of “Association of Women entrepreneurs of India”, (ALEAP). Present Treasurer of ALEAP and secretary for ALEAP IALA Industrial estate, committee member of CED centre for entrepreneurial Development of ALEAP which is skill development.

She is the President of “Hyderabad Management Association, (HMA)”. This is a body evolved to represent the interests of management professionals in the state of Telangana Andhra Pradesh

Indian school of business(ISB) in Hyderabad, ran an entrepreneur development program which was to train 10000 women globally by GOLDMANSAACH, it was a 4-month certificate course by ISB was invited to attend the “South Asian Women Entrepreneur Symposium”, hosted by the “US department of State”, held in Dhaka in 2012. This symposium is designed to explore the challenges and opportunities faced by women who owned small and medium sized enterprises. The symposium was also to create cross border economic linkages between women entrepreneurs and established business leaders across the south Asian region. She was invited by the US Federal Government for a voluntary leadership program for women entrepreneurs, VOLVIS in the year 2013.

She was invited by TANA TELGU ASSOCIACTION OF NORTH AMERICA as special guest for their 21st Tana conference held on 26th May to 28th May 2017 in ST LOUIS to speak on empowering women and how the small scale industries are flourishing in INDIA and was one of the 400 entrepreneurs selected from India for the recently held global entrepreneur summit in Hyderabad in the year 2017 (GES) where she was addressed by the honourable Prime Minister of India and Mrs. Ivanka Trump from U.S.A. Also, she attended empretec flagship capacity-building programme of the United Nation Conference On Trade and Development (UNCTAD) for the promotion of entrepreneurship and micro, small and medium sizes enterprises (MSME) to facilitate sustainable development and inclusive growth.

She was one of the invited from the GOLDMANSACHS Global 10000 women from INDIA for the RECENT WORLD ECONOMIC FORM in DAVOS SWITERLAND on 22nd January 2019, it was a flagship platform in the space of 10000 women by providing business education and access to capital reaching women from 56 countries globally , when women lead 10K Women launch with GS.

One of the US consulate Alumni steering committee member this is supported by public affair section of US consulate Hyderabad the alumni steering was officially launched by counsel general Mr. Joel Reifman on 7th September, for the year 2019 to 2020.