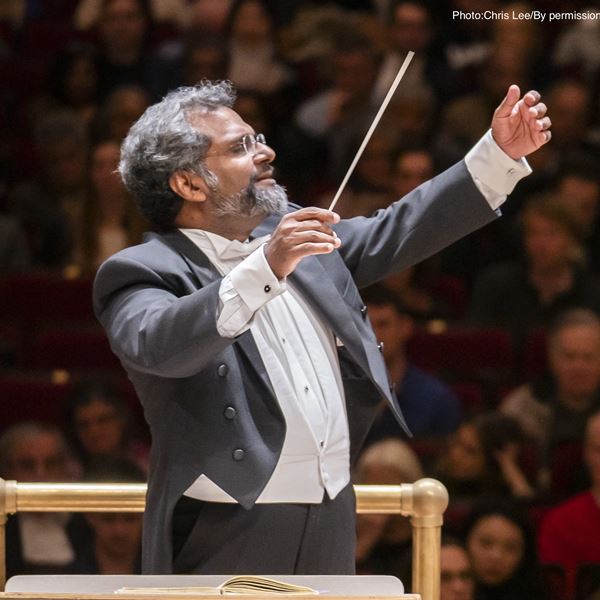 Singapore-born, Indian-American conductor George Mathew has emerged as one of the leading forces in the classical music world, using symphonic music and cross-sector collaboration to focus on global humanitarian issues and crises. He is the founder and Artistic Director of Music For Life International, a global social enterprise based in New York, which has been active creating social impact through music throughout the world in the humanitarian, education, business innovation, and leadership training sectors for more than a decade.

An award-winning conductor, George Mathew has made appearances in the United States, India, Australia, the United Kingdom, Hong Kong, Jordan, Singapore, Panama, Morocco, the Netherlands and South Africa in recent seasons as an ambassador for transformative action through music. Mr. Mathew returned to Carnegie Hall in last year to conduct BEETHOVEN FOR THE ROHINGYA, a benefit performance of Beethoven’s 9th Symphony dedicated to the plight of the Rohingya refugees fleeing genocide in Myanmar.

These humanitarian concerts, presented at Carnegie Hall, have brought together hundreds of musicians from over 120 of the world’s most distinguished ensembles including the New York, Vienna and Berlin Philharmonics, MET Opera Orchestra, Boston Symphony, Philadelphia Orchestra, Cleveland Orchestra, Philharmonia, Israel Philharmonic, the Emerson and Guarneri Quartets and many others.

George Mathew has spoken on music and social impact around the world at such venues as the United Nations, Acumen Fund, IBM India, UNDP, TEDx, and INK conferences, the Maastricht Festival and numerous universities and colleges.He has been honored by the Wall Street Journal and the Institute for Global Leadership at Tufts University for humanitarian services and public diplomacy through music. He is a graduate of Amherst College, the University of Minnesota and the Manhattan School of Music.